Four Australians, two Muslims and two Christians, who had been invited by the Palestinian Authority to attend an international conference on Jerusalem at Ramallah in the West Bank, on 11 and 12 April were prevented by Israeli officials from entering Israel from Jordan on Wednesday.

No reason was given as they were ordered to return to Jordan, with their Australian passports stamped “Entry Denied”.

The conference had taken on a particular significance by US president Donald Trump’s recent decision to recognise Jerusalem as Israel’s capital and to relocate the US embassy there from Tel Aviv – a decision, contrary to international law, which the Australian government does not support.

Speaking for all four Australians, Dr Jneid said: “Israel’s heavy-handed exclusion is sadly not unexpected, but it will backfire by reinforcing within Christian, Muslim and other communities in Australia and elsewhere a determination to strengthen their advocacy for Palestine and to combat Israel’s continual attempts to shut down international consideration of the real situation in Gaza and the occupied Palestinian territories.”

Despite Israel’s efforts, the conference took place in Ramallah as planned, with those denied entry from Jordan able to take part via video link, and one speaker, a Ghanaian MP, addressed the conference from Amman.

Palestinian Authority president, Mahmoud Abbas gave the keynote speech affirming East Jerusalem as the capital of a future Palestinian state and the importance of Jerusalem as a holy place for Christians, Jews and Muslims, and welcomed the wide international participation in the Conference as indicative of Jerusalem’s unique importance to the whole world. 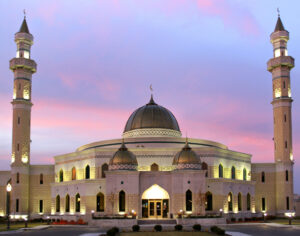 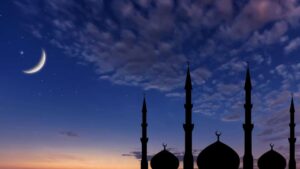 The commencement of Ramadan for 2021